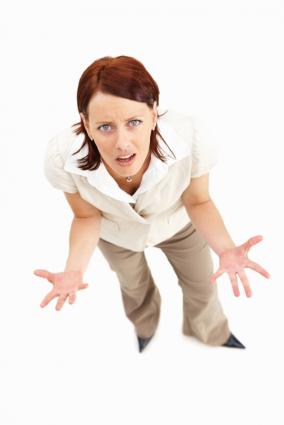 A quick and powerful Cognitive Behavioural Training theory and application worksheet for great well being.

Do you often get angry at people? This lesson will help you to build awareness of how you are explaining people’s behavior to yourself, and to consider whether you often cause yourself unnecessary upset with your style of filtering, and what to do about it.

A classic bad thinking habit, that adds to us causing ourselves unnecessary upsettness and poor communication and coping skills, is the unhealthy habit of labelling people because of a perceived behaviour.

The above are absolute statements that damn people, and if they are to be 100% believed you would naturally be very upset and even vengeful. But are they sensible and true? Sure, people can behave badly sometimes – and that includes you and me – but remember, the behaviour is a verb not a noun. It’s something we do sometimes, not something we are. We are all quite imperfect, with our own issues and neuroses. See the following for suggested sensible altered self talk…

Rational reframing: ‘I think she can be bitchy sometimes’. Or ‘I think she behaves like a bitch sometimes’ – is quite different, isn’t it? You’ll be less ragey, and less likely to have to go on and on about it, and to ‘punish’ her. The ‘I think’ part is important too, because sometimes our mental filter is off, and we’re being offended by a misinterpretation by our imperfect brain that was cobbled together by evolution, and has some flaws that mean we human species simply do not have a default rational response to everything that happens in life. In short, we’re not really absolutely reliable narrators of our own story and what is going on around us.

This ‘rule’ from the famous Dr Albert Ellis irrational vs rational beliefs table will show you how people with great psychological health and well being view bad behaviour:
(Ellis is known as ‘the Prince of Reason’, a founding father of REBT and CBT, and regularly voted one of the 20th Century’s most influential psychologists.)

‘I think she can be thoughtless’. ‘I think he can be quite cold and unkind sometimes’. And so on. Simple deliberate changes to overdramatic thinking habits give big dividends.

Get it? A common cause of poor emotional health is the idea that bad people are doing bad things to us, but actually, outside of healthy and normal negative responses to negative events – like healthy anger, annoyance, irritation, disapproval, and so on – the only person that can cause you aggression, depression, and anxiety, is you. Not matter how challenging the persons behaviour, your view and framing of it will ultimately determine your emotional and physical and behavioural response to it. The same situation can happen to ten different people, and all ten will have a different response to it, depending on how they view it, themselves, others and the world. Overdramatic thinking causes overdramatic feelings and overdramatic behavior.

We all wake up every day with the potential to shift and change and be happy – let’s start by thinking about our thinking. We do not live in a cartoony world of evil protagonists who are out to get us just for fun. So it is wise to assume that people’s behaviour is justified and rationalised in their own heads according to their own filters and biases and thinking habits – their behavior is a result of their thinking and feeling, just as ours is: so an essential smart skill for well being is to develop (literally develop) Abstract Rational Thinking Skills. This is when we choose to pause and thought stop – and to put ourselves into the shoes of the person whose behaviour is upsetting us – and to view things through their eyes, and to imagine alternative ways of looking at the situation from their perspective. Learn understanding and acceptance that there is a view other than yours before you set about effecting change of unsatisfactory relationships.

Let’s take a look at another very relevant rule from the Albert Ellis’ table:

“But the person is behaving disgracefully, and I won’t stand for it!” – okay, we all have moral preferences and expectations, BUT the key to good psychological health is to accept that your preferences are perfectly rational, but your DEMANDs are irrational. We do not have the power to order people to think or feel or behave in ways that we think they should and must and ought, so you’re just going to have to work on that ‘I won’t stand for it’ bit if you want great mental health. (That’s another obvious common cause of poor emotional health – ‘must and should and ought’ inflexible rules for living. That’s just never going to work out well. Check out my Low Frustration Tolerance post, and my Musty Thinking post, for more information on understanding and dismantling the explodey head Demand Thinking habit.).

“I’m not a bloody robot, I have feelings!” Of course. And it is perfectly rational to be sad or disappointed at peoples poor behavior, and to disapprove, and even very strongly disaprove, of their behavior, and even to impose consequences for the behavior if you feel you must – but it is irrational and quite silly to be furious and to DEMAND that they must not have that behaviour. Especially if we’re talking about family or colleagues, where you mostly must gracefully lump it. Change your demands to preferences, make decisions with a cool head, and you will magically find that often you will not feel the need or inclination to punish people. Really. And check out the Emotional Reasoning post and the Fight or Flight Tail That Wags the Dog post to consider whether your feelings are the boss of you rather than rational filtering.

Summary of this quick thinking lesson on learning how to be happier – build awareness of your bad thinking habits and how you explain things to yourself, and the meaning and significance you assign to peoples behaviours. And when you catch over the top ‘irrational belief’ statements, thought stop them, and consciously reconsider and reframe and replace the self talk with a rational thinking. Ideally by journalling – write things down, it’s a more powerful process of learning and change. In a short time our brain rewards the better outcome of great well being by changing the default habit to cooler more moderate rational thinking.

I like to help my clients develop the default ability to roll their eyes in response to bad behavior and others unnecessarily upsetting themselves and those around them, and to say ‘Ah God love him, it must be hard living in his head’. And to believe that, and not to personalise everything. Nothing is being ‘done’ to you unless you make it so. Nothing is ‘about you’ unless you decide it is. Think on….

Okay. That’s it. Rewire your brain. It’s a science, believe it. 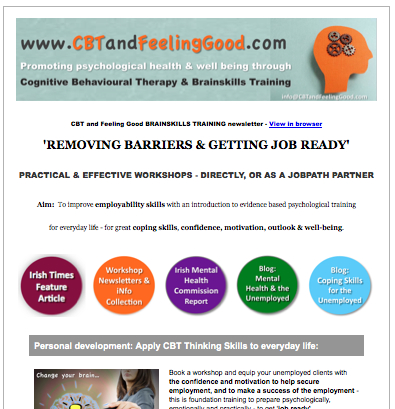 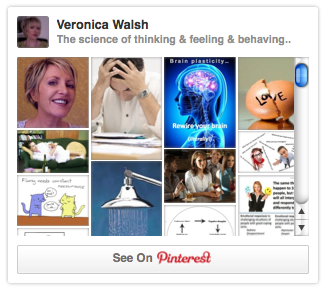 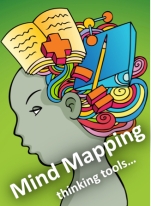